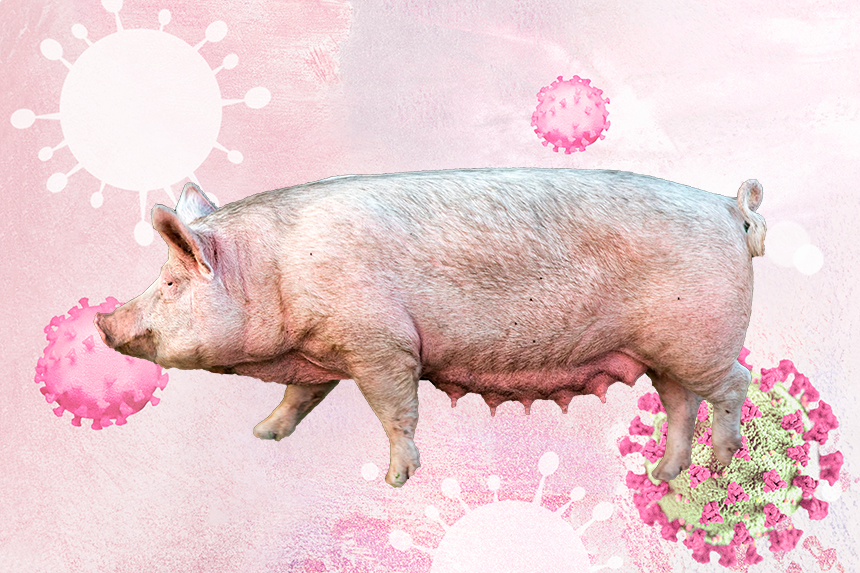 # No Bailout Fund for Animal Exploitation

• no government support measures for overproduction of goods of animal origin through purchase, storage, destruction or export

# No Crisis Measures at the Expense of Animals

• no animal testing to combat Covid-19

• no slaughter of animals in zoos, animal parks, dolphinaria or similar establishments as savings measures due to a lack of entrance fees

• Immediate redistribution of all antibiotics used in animal agriculture, that is usable for human medicine, to hospitals, doctors‘ offices, pharmacies and nursing homes

• socialisation of the pharmaceutical industry and consequential: remodeling of health and care system towards a cruelty-free, vegan and solidary practice

• education about the health risks of producing and consuming animal products

• preservation and protection of intact ecosystems and habitats

• no hunting, capturing and eating of animals

• conversion of monocultures into ecosystems with high biodiversity

• limiting global warming below 1.5 degrees Celsius to avert the worst consequences of climate change and the consequential extinction of species

• no further restrictions on fundamental rights, but the fastest possible reintroduction while taking necessary measures to protect against infection

• no expansion of police and security agency powers to monitor telecommunications and other parts of social life (e.g. video surveillance)

• immediate closure of animal agriculture plants to protect against infections

• financing of medical care by businesses and companies

• immediate termination of precarious employment: ban on temporary agency work and contracts for work for tasks that are part of the company’s core business; just wages and social security

• offers of retraining and exit programs, financed by the businesses or companies and the public sector

The entire ​​food production and distribution sector is to be organized by the following goals and values rather than by competitiveness: solidarity, equality and justice, elimination of misery, poverty and hunger as well as ending the exploitation of humans, animals and nature. To achieve this, various short and long-term measures are to be taken, including:

• The capitalist mode of production must be ended. In the meantime: socialisation of all businesses and companies that are relevant to people’s basic needs. This includes free and equal access of everyone to food (and its cultivated areas), water, energy, medical care, education. Access to these then as common goods considered resources is always to be perceived in a sense of a regional as well as global, intergenerational, animal- and environment-oriented resource justice. The socialisation is inevitably linked to a production transformation that realizes these aspects, e.g. in production free of animal use.

• withdrawal and no signing of (neocolonial) free trade agreements, that were, among other things, supposed to be set up to strengthen animal agriculture and human exploitation; for example the EU-Mercosur agreement

• discontinuation of all subsidies that have previously been granted to companies, factories and branches of production which are harmful to animals, the climate and the environment, and which are socially unjust and violate human rights. Subsidies include all public and state funds as well as tax incentives and fee reductions or exemptions.

• discontinuation of any patent on plants, animals, medicines etc.

• involving animals in all matters and decisions that affect them. Therefore: Immediate introduction of the class action right for animal rights and animal liberation organizations that represent the needs and interests of animals

• financial and non-material support for sanctuaries, animal shelters, so-called wildlife release and rescue stations during the Covid19-crisis and beyond

In englischer Sprache:
Demands Made by the Alliance of Societal Animal Liberation in the Context of the Covid19-Crisis